Planning a tour of Australia? Looking for an Australian tour guide?

All guides listed on this website are Professional members of the Institute of Australian Tour Guides. The information here is provided by the guides themselves to promote their skills and services. IATG professional tour guides have been assessed to meet the high standards set by the organisation and continue to demonstrate ongoing professional development as part of their membership of IATG each year, including holding a current First Aid certificate.

View all listings below 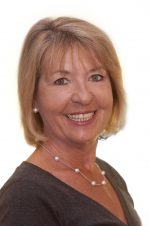 Born and educated in London, Angela has lived in Sydney since 1973. Prior to this Angela worked in the tourism industry for two years in Mallorca Spain.
Angela has been a tour guide in Australia since 1997. She is an accredited guide and also a WFTGA [ World Federation of Tourist Guide Associations ] National Trainer.
Angela has extensive guiding & hospitality experience working with the leisure market / conferences / cruise ships / incentive and corporate groups. This experience has been with a wide range of groups of many nationalities and on all levels from students to high profile VIPs including British Royalty. Angela has also worked on many major events including the Sydney Olympics 2000 / Melbourne Commonwealth Games 2006 and Rotary and Lions Club Conventions in Sydney.